Kratom leaves. You would find a large number of the population in the U.S, Canada, UK and other european countries use Kratom to help battle mental health issues like depression and anxiety. But what exactly is Kratom and how is it used in modern society?

Kratom, like many opioids, is used regularly to relieve physical pain. Similarly to opioids, when taken in high dosages, can have euphoric effects on the body as well as unpleasant physical withdrawal symptoms when abused by the user. It is commonly described as an atypical opioid. It’s history of use dates back centuries in south east asia where it has been used as a mild stimulant as well as medicine.

Over the last decade or so, more and more people have turned to Kratom to help battle chronic pain and fight mental illnesses like anxiety and depression as mentioned previously. But also many users have found it to be an effective method of treating opioid dependency.

The number of common users of Kraton has been a difficult one to establish. The reason being as it is not one of the most common substances traded on the streets or in medicine, health professionals and other officials have struggled to process a reliable system of counting the number of people using it today. Many health professionals today claim the biggest issue with Kraton is the lack of research and understanding of the plant. Unlike marijuana and other medicinal plants, Kratom is yet to be investigated deep enough to gain a full understanding of its properties, both positive and negative.

Kratom, in its rawest form, is currently legal under federal law in the U.S and other countries. However the F.D.A of America actually banned Kratom from being imported in large quantities back in 2014 over concerns of its rapid growth in popularity and the general lack of understanding due to shallow research. Kratom has also not yet been approved for any specific use, meaning anybody who uses Kratom is doing so on a personal basis, not by recommendation of a doctor or other health care professional.

Controlled substances in America are categorised by numbered schedules. Schedule 1 being the higher risk to the population. Substances that fall into such a category are those with no medical purpose, as well as carrying a high potential for common abuse from regular users. Schedule 1 substances in the U.S include DMT, Quaaludes and LSD to name a few. Despite the best efforts of the pharmaceutical companies and health care systems of the states, for a small number of people, F.D.A approved prescription medicine in many cases has little to no effect on improving the users quality of life. For those who fall into this category, Kratom can seem like a very appealing alternative. The issue with Kratom is knowing how to get a hold of it, as it is still a grey area in the eyes of the law, and to then understand the most efficient method and dosage to consume it.

As there seems to be a general lack of understanding with Kratom, it’s uses and the pros and cons, it is believed that official clinical trials are currently taking place to help the F.D.A and other medical professionals gain more knowledge on how it can be used to help fight the opioid crisis in America and other countries around the world today. You can research the topic further and gain an understanding of harvesting natural kratom leaves online at a handful of reputable websites like Super Speciosa. Future clinical tests will be determining a number of factors, like how the body processes Kratom, as well as how it interacts with other substances in the body.

Despite the uncertainty amongst the health professionals and pharmaceutical companies, one thing is certain, and that is the number of users continues to grow, and many swear by it as a means to combat the illnesses mentioned, like depression, anxiety and chronic pain. 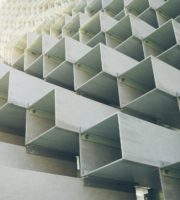 6 Best Travel Resources You Will Ever Need 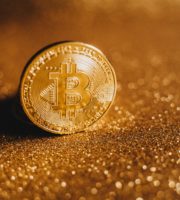 Why Every Home Cook Needs a Digital Thermometer 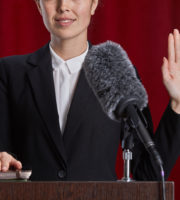 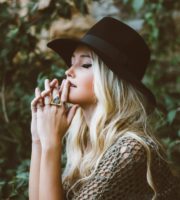 How to Maintain Healthy, Thick Hair in 5 Simple Steps