Tánaiste Joan Burton has told Ireland Live News she is “optimistic” that Willie Penrose can win a seat in Longford-Westmeath, which would secure speaking rights for the Labour party in the new Dáil.

Counting in the Longford-Westmeath constituency has continued into a fifth day, with outgoing TD’s Fine Gael’s James Bannon and Labour’s Willie Penrose facing elimination with just a margin of votes separating them both.

The last seat is critical for Labour because if Penrose manages to hold on, it is not only a personal victory, but significant for the party as it takes Labour’s seat numbers up to seven and gives them automatic voting and speaking rights in the Dáil.

“There is a very small margin of votes, some people say as low as two or three or maybe even one, but they seem, from what the number crunchers tell me, to be ever so slightly in Willie Penrose’s favour,” she said.

Describing the atmosphere in the Cabinet meeting on Tuesday, where her colleagues who lost their seats were acting as ministers, she said: “I think it was a very sober and reflective meeting.”

“WE KNOW WE TOOK ON A VERY DIFFICULT THING TO DO THAT OBVIOUSLY WILL BE JUDGED BY HISTORY, BUT I DON’T THINK THERE WAS ONE PERSON THAT ROOM IN HINDSIGHT THAT WOULD SAY WE SHOULD HAVE WALKED AWAY FROM LOOKING AFTER THE COUNTRY.”
Joan Burton

“Obviously in the short term, Labour in particular is not being thanked for that, but now in the weeks to come we will have to see what will be the approach of the opposition and whether or not they will put the country first.

Looking at what happens next for the 32nd Dáil, she said it is now time for the opposition to “step up to the plate”.

“Really, the parties who are in opposition now have a mandate to form a government and I hear people speaking on the radio and speaking on TV as though nothing had changed.

“They asked for a vote for change, they got their vote, it is their responsibility now to step up to the plate and to offer the country a good government. They have that opportunity.”

“IT COULD BE A COMBINATION OF FIANNA FÁIL, SINN FÉIN, SOME OF THE INDEPENDENTS – THEY ALL SOUGHT A MANDATE TO BE PART OF THE GOVERNMENT OF THE COUNTRY AND IT IS THEIR RESPONSIBILITY.”
Joan Burton

In Longford-Westmeath, two seats remain in the four-seat constituency after Fianna Fáil’s Robert Troy secured the first seat on Saturday.

A recount was requested by outgoing TD James Bannon after it was announced Moran has successfully obtained a Dáil seat.

As it stands, Bannon is the candidate with the least amount of votes and is in line to exit the contest.

The Fine Gael candidate is battling against his elimination and the loss of his Dáil seat against outgoing Labour TD Willie Penrose.

Car Makers With The Most Lemons In 2022 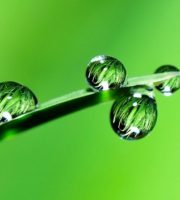 How To Live a Green Lifestyle Without Breaking the Bank 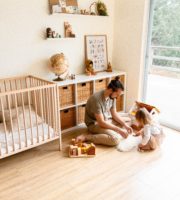 How To Baby-Proof Your Furniture 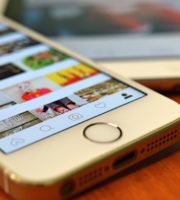 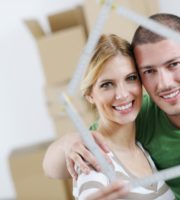 How to Create Unity and Connection in Your Relationship